The sounds of small, little drips inside your walls might not raise alarms with many homeowners. Severe leaks that tear through yellow watermarks in the ceiling, however, grab attention. "Severe" leaks aren't the only ones to cause concern, though. Assuming that a small leak is small without performing an inspection could one day deliver a terrible surprise. The truth here is only a skilled roofing contractor can make determinations about the severity leaks and their causes. So, think about calling in a pro when a "small" problem arises, because the trouble might not be so minor.

A Small Hole and a Small Leak Could Mean Big Problems

Maybe the drip is from a small leak. A shingle may be slightly loose, or there could be problems with old flashing. Age or wind damage could cause such imperfections. While the small amount of water might be less troubling than a significant leak, there shouldn't be any water come in at all. The tiny drip could collect in the insulation, and wet insulation won't likely dry out quickly. Now, there may be problems with damp insulation coming in contact with wooden rafters. In time, wet rafters and support beams could start to rot and lose structural integrity. If that happens, the roof could collapse, which is a potentially life-threatening situation. Why not call the roofer in as early as possible to perform the "small" fix?

The Problem May Not Be So Little

Guessing about happening with the roof without performing a legitimate inspection isn't the wisest plan. Imagine if there's a large hole at the top of the roof. Water pours through the hole but hasn't reached the point where the upstairs ceiling sags, breaks, or otherwise shows signs of trouble. The water could be running down the side of the house. Yet, only a small amount comes off the edge of the rafters causing the "small drip" sound downstairs. The dripping sound might be the first sign of impending doom. Ignoring it means you ignore the other problem, the large hole that currently goes unnoticed. And that hole is allowing lots of water to enter every time it rains.

A roofing contractor won't likely guess about anything. Instead, the roofer would check out the roof to see what the problem is. The issue could require a small fix or significant work. Either way, the homeowner can find out what the problem is and what repair is necessary.

Read in about 2 Minutes 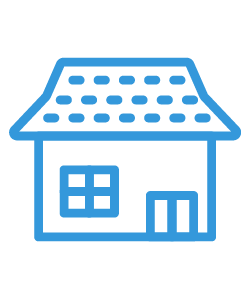